My work has an eminently multidisciplinary character. Photography coexists with manipulated objects and installations to explore different aspects of conflict in relation to identity, the social, the political or within the individual. My photographic work cannot be framed within the realm of reportage although it contains numerous connections with the documental and I frequently focus on themes drawn from the daily press or historical memory. I am most interested in photography as essay, as a tool for reflection and debate. Through each object I create, I attempt to explore a specific moment in 20th century history as if it were in open dialogue with our present reality, a dialogue with its tensions and confrontations. I dramatize in a theatrical way this dialectic. It is fiction but at the same time documental in nature. Every object that I introduce in the works, every single detail, clothing, props for the protagonists and backgrounds, are rigorously selected originals from the epoch I am dealing with, and as such, are all part of reality and history. These elements add a documentary component which is essential. When I finally press the shutter release button two or three months of preproduction have already taken place. A necessary period of time, in which different elements, objects and texts have been added or removed in the process of developing and focusing on specific ideas. Debate and dialogue arise throughout this process and in an attempt to bridge the gap between art and society, I preserve this context of tension in the final image in order to convey to the viewer an accessible narration in which he or she can be part of. 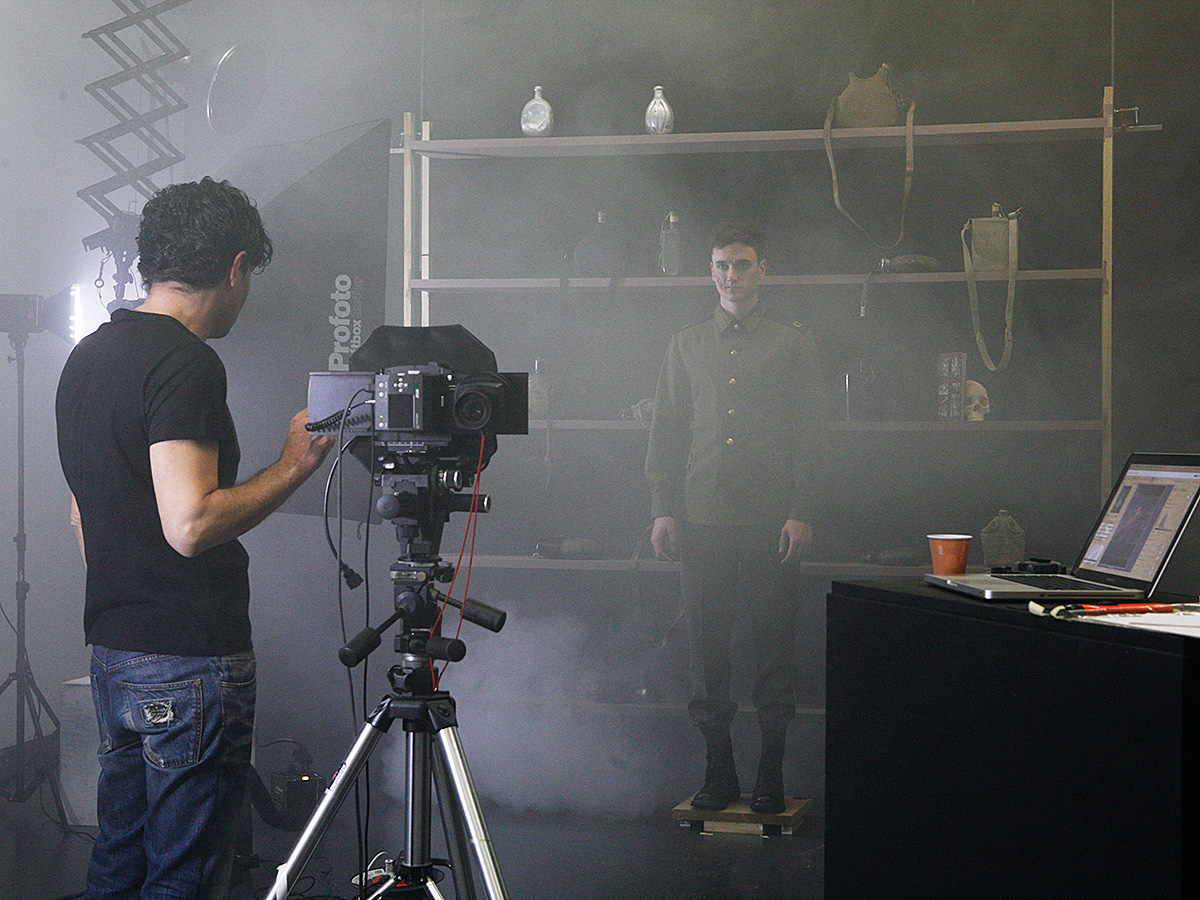