Entropy is a journey back in time across 20th century Europe, an analytical and reflective tour to try to understand our present time even better. This project is focused on the period of the 20th century between 1914, with the beginning of the First World War, and 1991, with the downfall of the Soviet Union, exploring the contexts of revolution and social and political conflicts. It focuses on marginal people who lived through those events. Events such as the mass movements which emerged at the beginning of the century and attempted to destroy the individual, the exodus and migrations of displaced people during and after the two World Wars, the Berlin Wall or the indirect victims of revolutions and the new order imposed by totalitarian regimes. The portrayed characters are isolated individuals of the conflict, situated on the side lines of the action. They are vulnerable and make us curious to know more about their background, to know what they are thinking about and what they are experiencing. In Thermodynamics, entropy is the measurable property of a system’s unused energy. It is waste energy that is left over and outside the System. In the same way, the portrayed characters in this project are of similar nature, they are outside the System, leftovers, unused energy. The journey through revolutions also takes on board their philosophical basis by means of theoretical texts published at that same time. In such a way, Marx, Lacan, Nietzsche, Brecht, Mao, Freud or Spengler, among others, serve to make us think about the ideas that motivated them and have influenced our later history to define who we are at the present time.

The exhibition is conceived as an installation of works which continuously seek connections among them so as to create a sustained reflection on moments of change which have marked European history. Aguirrezabala presents 22 pieces, created over the last year and with a clear multidisciplinary conviction. The large format photographic works coexist alongside modified objects, sculpture, drawings, calligraphy and installations.

Roberto Aguirrezabala, graduated in Fine Art in 1995, has develop a multidisciplinary career. His current photographic work exists alongside the objet based works and installation, producing hybrid work, that conceptually explores the identity and social and political conflicts of individuals, through historical memory. He reviews the events of the 20th Century in order to deepen our understanding of the present time and reflect on ideological issues, behaviour, patterns of reaction and contemporary social movements. He has exhibited individually on numerous occasions, including recent exhibitions such as Entropy in 2016, at Bilbao Arte Foundation, and the individual exhibition at Huarte Contemporary Art Centre, curated by Roberta Bosco and Stefano Caldana in Huarte (Navarra) in 2008. Furthermore, from 1990, he has  shown his work in International group exhibitions like Net Condition International Exhibition. Barcelona, Germany, Austria, Japan (1999), 1st_Medi@terra_festival” – Fournos. Athens. Greece. (1999), Net.art exhibition in Hannover Universal Exhibition in the Spanish pavilion (2000), ARCO 2002 and ARCO 2000, 12th Canarias Media Fest (2006), 12th Rencontres Internationales Paris/Berlin/Madrid. Academy of Fine Arts, Madrid (2007), The discreet charm of technology, Arts in Spain, curated by Claudia Giannetti, MEIAC. Badajoz, Spain (2008th June – August). ZKM Center for Art and Media. Karlsruhe, Germany (2008th October – 2009th January). Tomie Ohtake Institut. São Paulo, Brasil (2009th March-April), among others.

Report of the exhibition

View full report of the exhibition 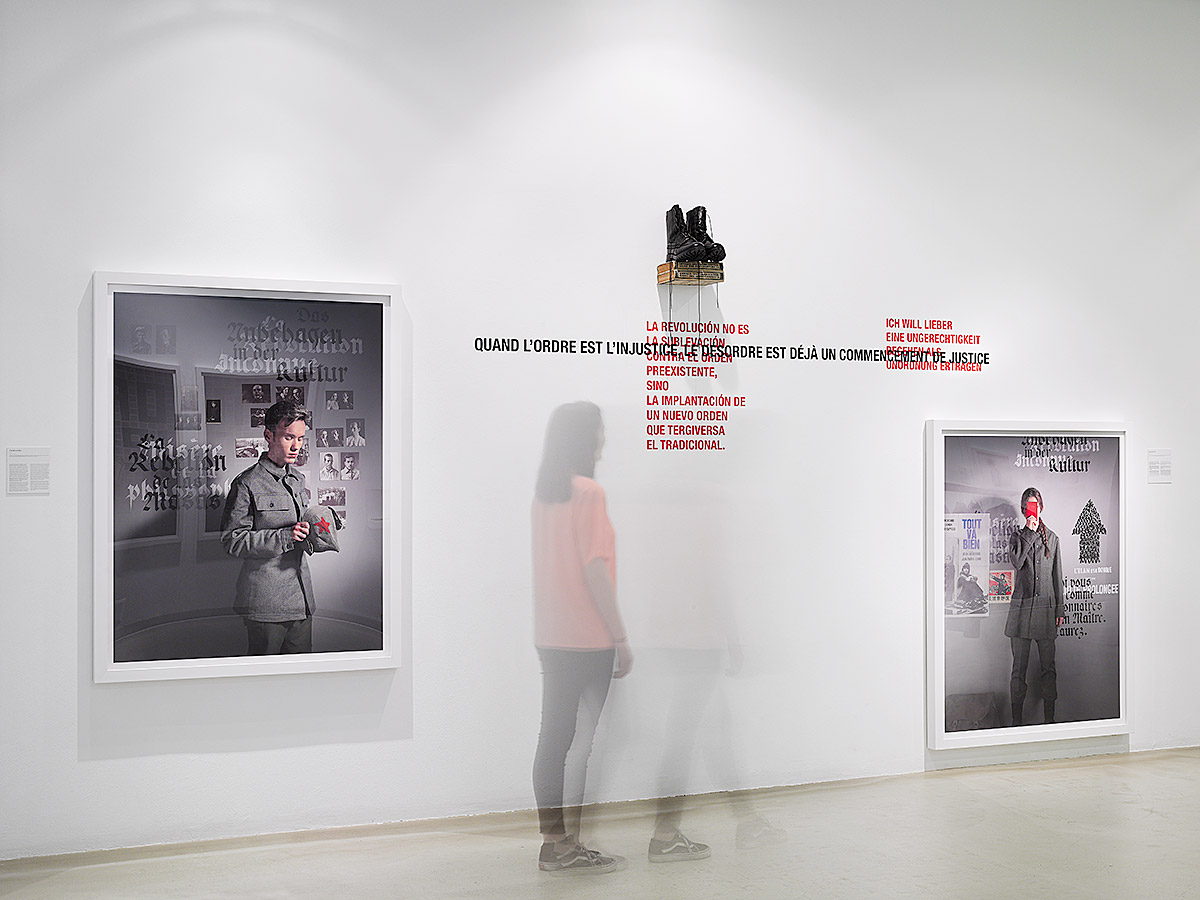