Samizdat is a work that reflects on the intellectual dissident movements that emerged in Eastern Europe. It delves into the underground resistance that tried to circumvent censorship by publishing books, magazines and newspapers banned during Soviet hegemony. These were known as samizdat, a word of Russian origin that means self-published. They had a strong impact in all communist countries, particularly in Czechoslovakia, following the signing of the manifesto known as Charter 77.

The Helsinki Accords were signed in the 1970s by 35 countries, including the entire Eastern Bloc except for Albania. The pact was aimed at easing tensions between East and West, respecting territoriality, fundamental freedoms and avoiding future warlike hostilities. But this soon became a fleeting dream, due to the continued failure to respect human rights principles. In December 1976, the Czechoslovak government of Gustáv Husák imprisoned the members of the psychedelic rock band Plastic People of the Universe on the grounds of alleged disturbance of the peace. In addition to the tense atmosphere, this act of repression became a turning point that led to Charter 77, a manifesto signed by 241 people, comprised mainly of intellectuals opposed to the regime. It became the first public protest movement in Eastern Europe openly backed by its citizens.

The future president of the Czech Republic, writer and playwright Václav Havel, together with philosopher Jan Patočka, Pavel Kohout, Jiří Hájek, Jiří Němec and Zdeněk Mlynář, among others, were the spokespeople and driving forces behind the resistance movement, which was severely punished with numerous arrests and imprisonments. Most of its signatories were arrested, banned from writing and publishing, and relegated to jobs far removed from their intellectual activities. Due to severe reprisals by the secret police service, it became necessary to take the movement underground once again. It was more important than ever to keep intact the channels used to distribute free and independent information. It was in this context that samizdat emerged – a hidden organisational structure for the printing of banned books, free speech manuscripts and unofficial gazettes. Rudimentary techniques such as the use of multiple carbon paper copies when typing documents on a typewriter, were used. These techniques produced very few copies, which were passed person-to-person via an underground distribution network.

The Samizdat photobook comprises three sequentially linked books or chapters. Each with its own individual design, paper type and narration, and each containing different types of photographs. As the story progresses the narrative changes. The book sets out as an ironic souvenir, a memory in the form of a photo album with postcards on glossy gold-coloured pages, wrapped in delicate Japanese screen-printed paper. The mocking tone culminates in the decoration of a Russian soldier for the liberation of Prague. The section closes with the dreamlike image of the medal, also gilded. Such reverie interrupted without respite, moving on steadily through the documentary. Russian tanks are shown invading Prague in 1968, the revolution is violently repressed. At this point, the book becomes hard, metallic, and silver in colour. The pages extend sideways, some up to a metre wide, with fold-outs stacking up with impossible die-cuts. The photos of the occupation literally invade the table where the book is displayed, transferring the invasion to the physical format of the book. It is then that the book gradually delves into the underground life of the resistance. And like a cinematic sequence, the plot progresses through a clandestine scenario, starring the opposition insurgents. The story speeds up. Frequent references to intellectuals and activists emerge, drawing attention to important acts of resistance. Here the narrative becomes a continuous, relentless, flow of linked images, unbounded by the limits of the page.

Samizdat is available in a limited edition of 45 numbered and signed copies, in reference to the 45th anniversary of the signing of the Charter 77 manifesto, which will be celebrated in 2022. Each copy contains numerous original silkscreen prints and various interventions, using folding and cutting techniques. The book is enclosed in a cross-case with Japanese clasps, which bestow an outer form more akin to a box or container. The entire run has been intervened, screen-printed and hand-bound by Roberto Aguirrezabala. Which underscores the self-publishing nature of the samizdat concept, as the source for the work. The author deploys his current line of research in this work, in an attempt to merge artistic and intellectual processes with artisan procedures, in which self-production is vindicated as an act of resistance.

The photographic works in the Samizdat series are produced with the assistance of the Spanish Ministry of Culture and Sports and the collaboration of the Bilbao Arte Foundation.

Roberto Aguirrezabala holds a Bachelor’s Degree in Fine Arts from the University of the Basque Country. His multidisciplinary training in audiovisuals, new technologies, sculpture and painting has led him to develop photographic work of an essay nature, a synthesis between documentary and fiction, which coexists with intervened objects, installation and drawing to explore the conflicts, both of identity as social and political, of the individual through historical memory. He has published five photobooks Samizdat (2022), Two Thousand Words (2021), Fascism + Apocalyptic (2020), Antimanifesto (2020) and War Edition (2019, as well as the monograph Entropy (2016). His current research in publishing focuses on in limited editions made entirely by hand, where the book object concept is the fundamental axis. 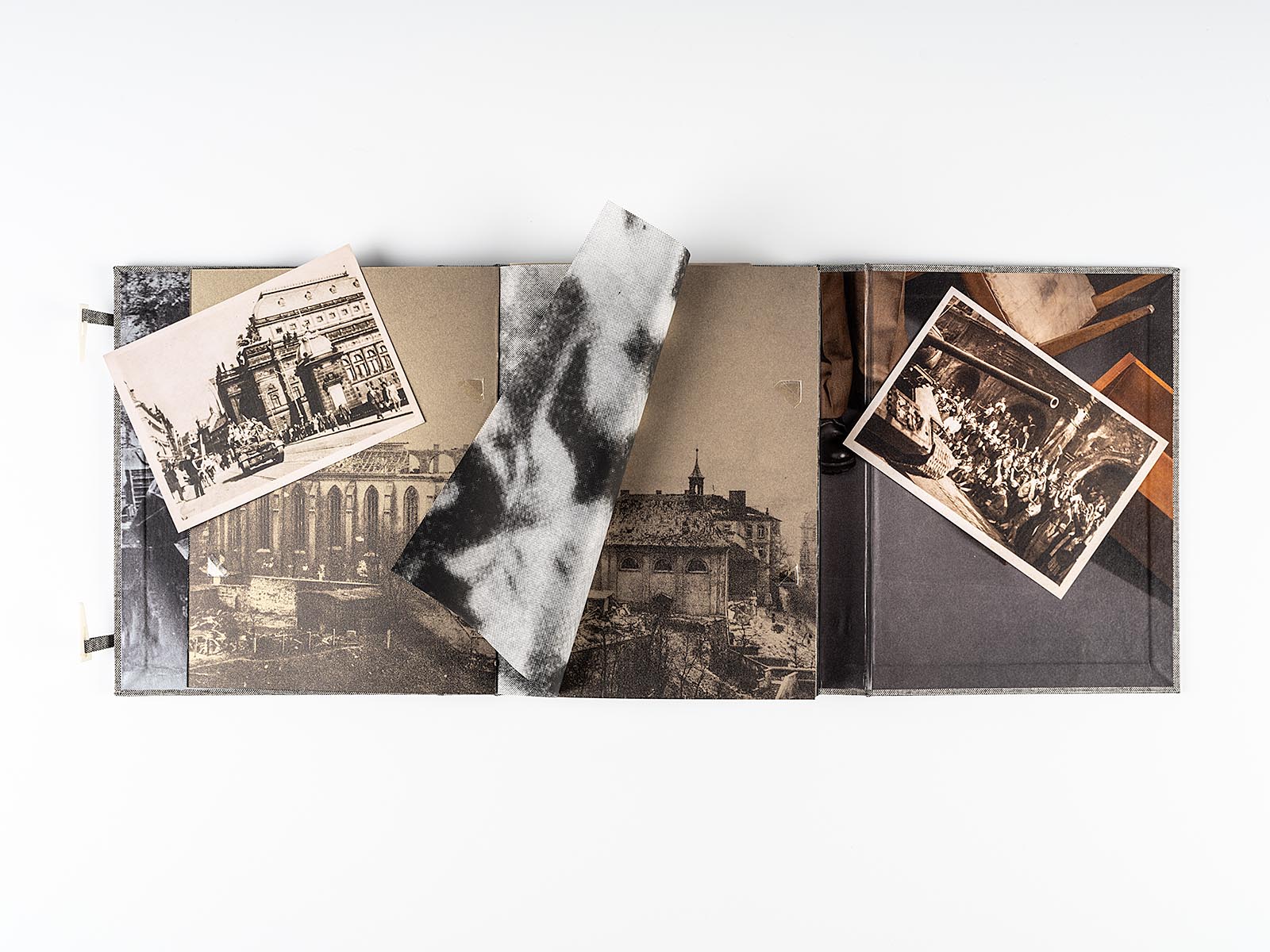 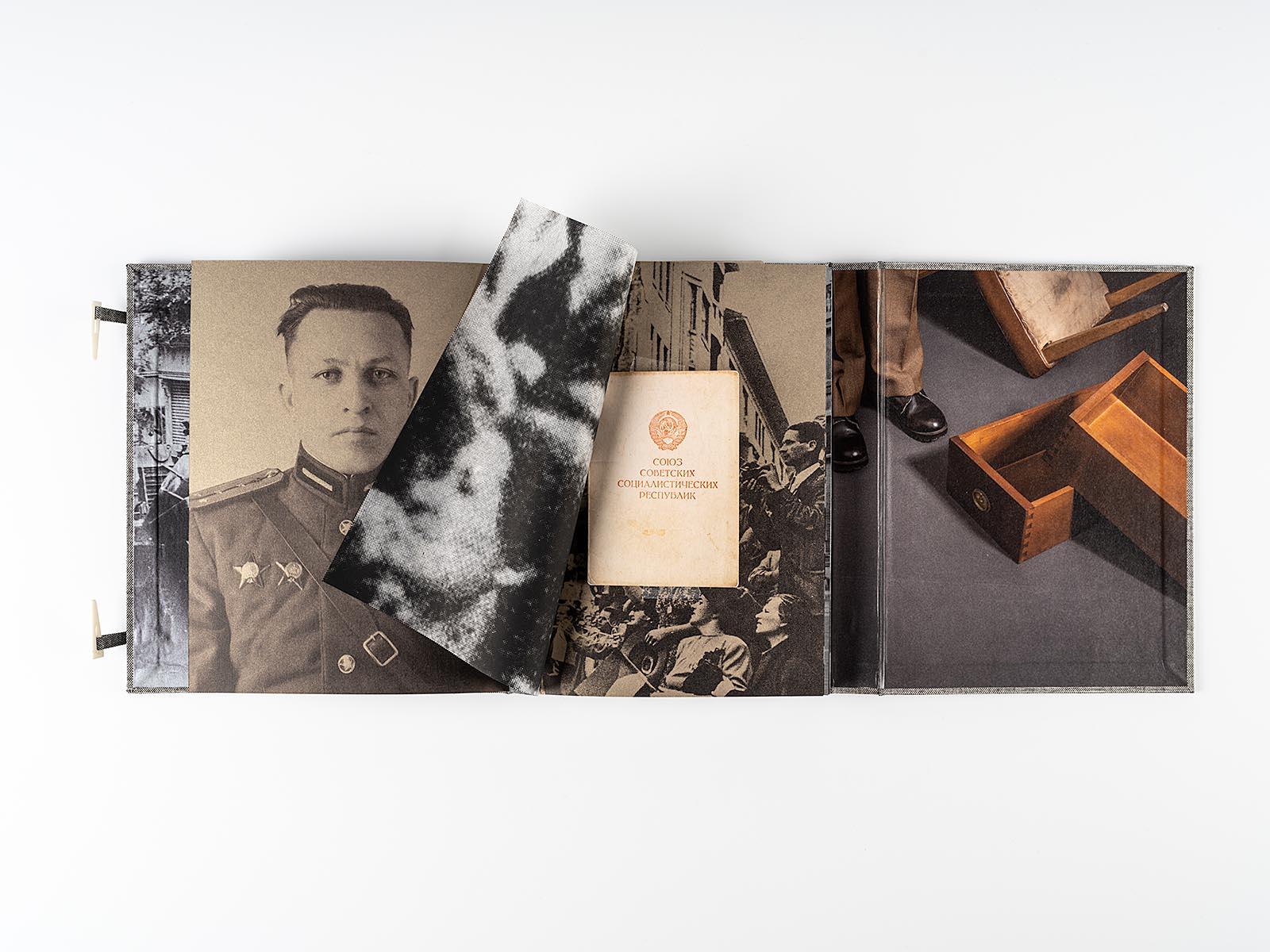 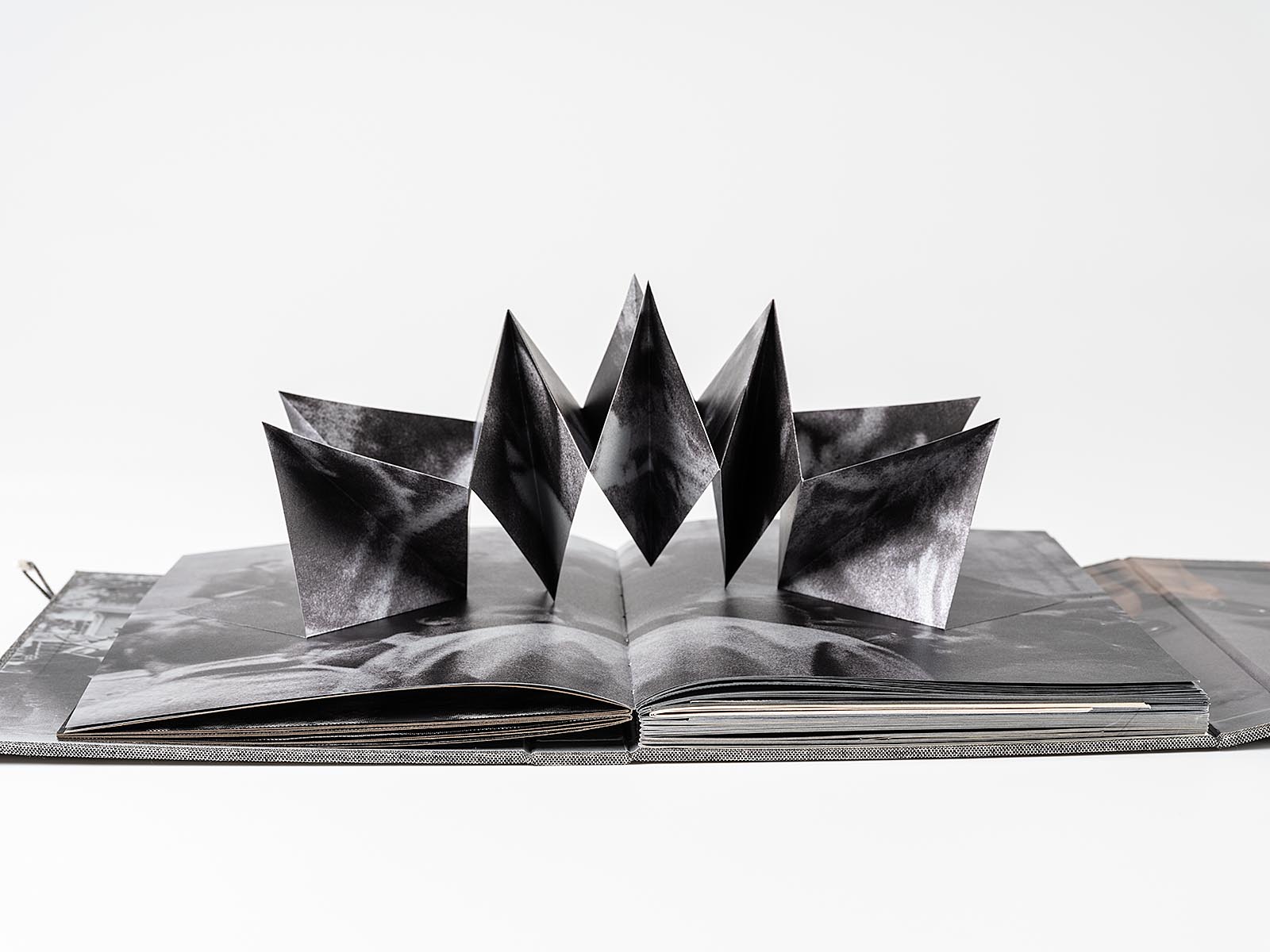 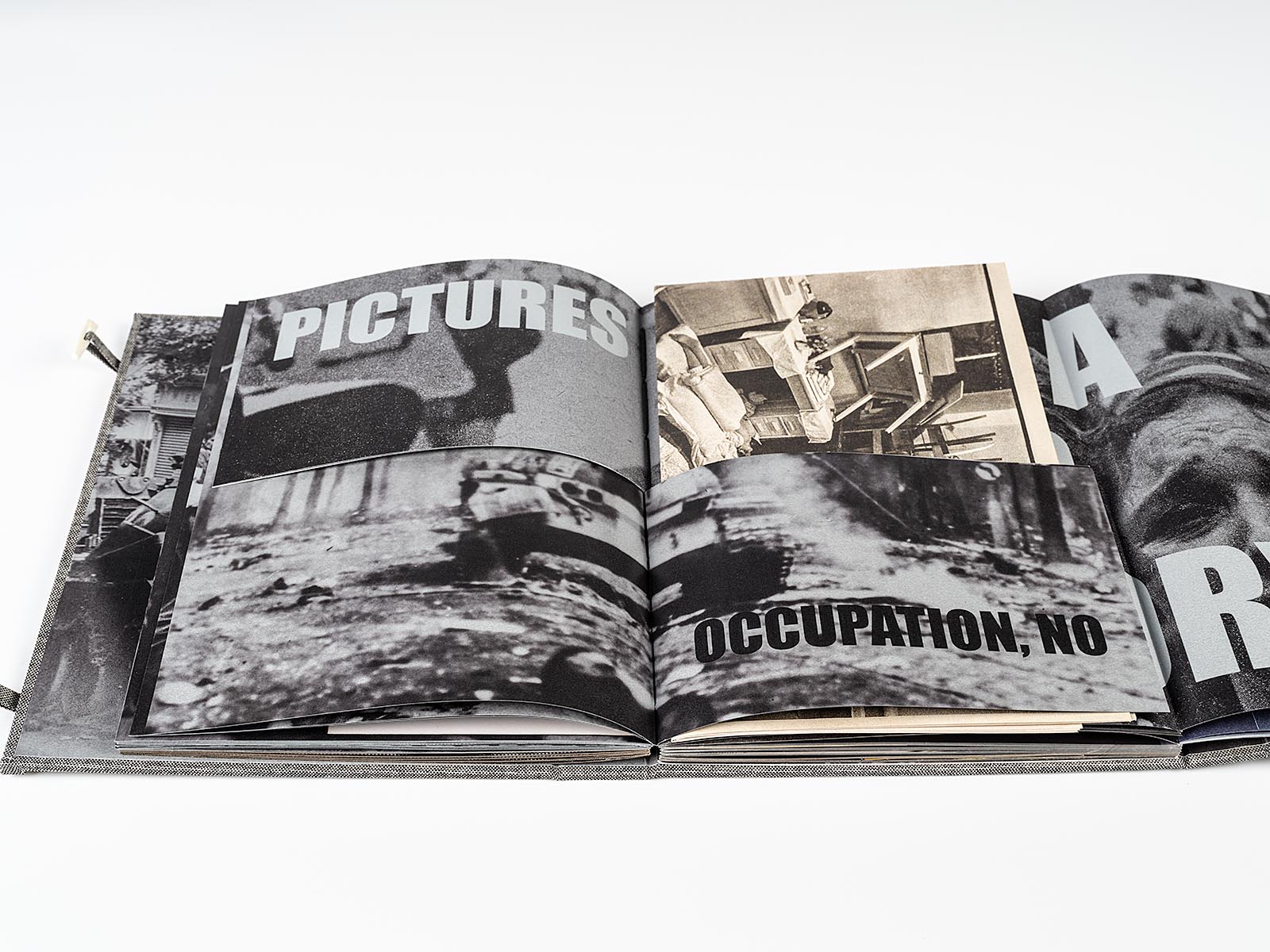 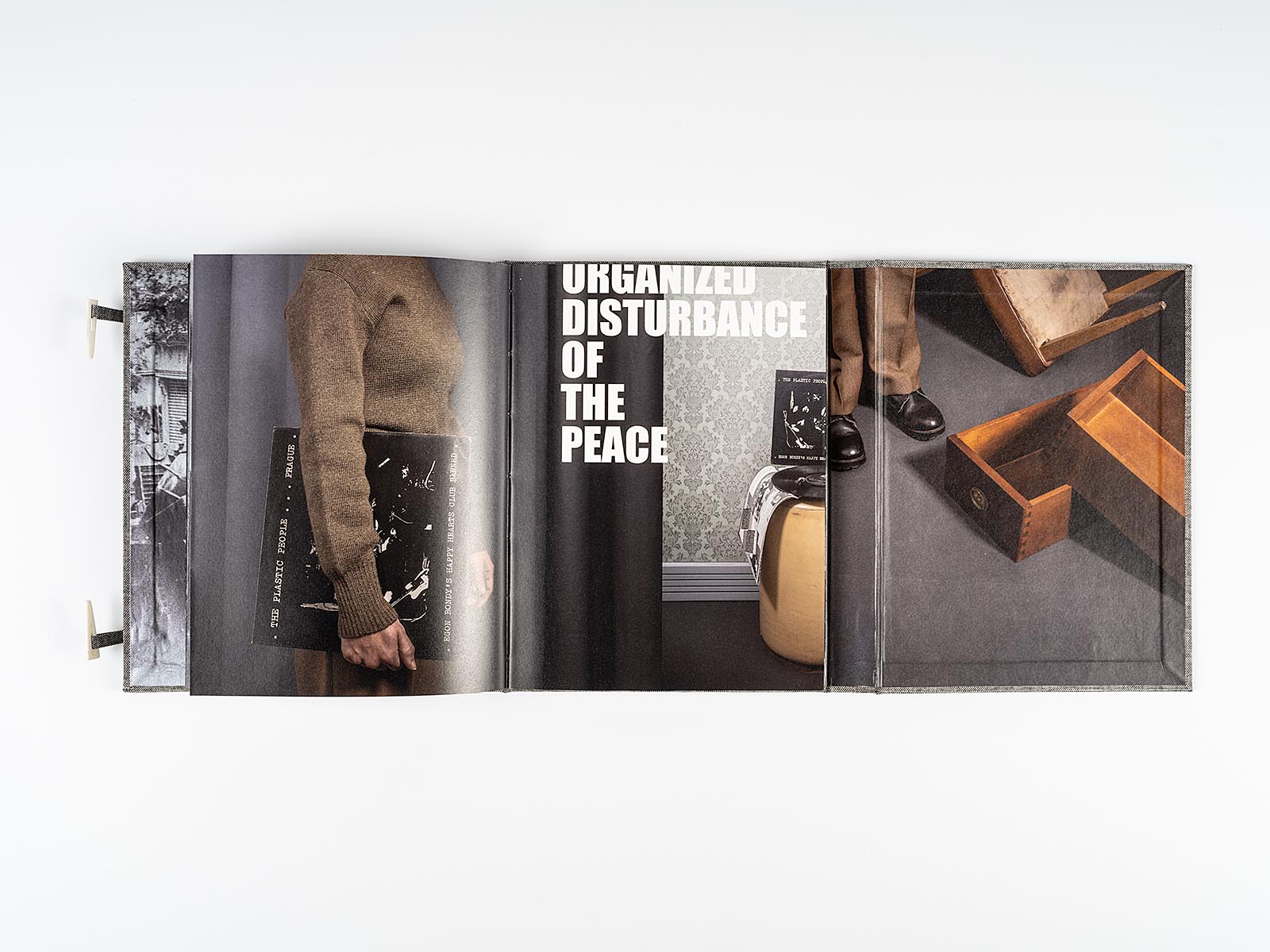 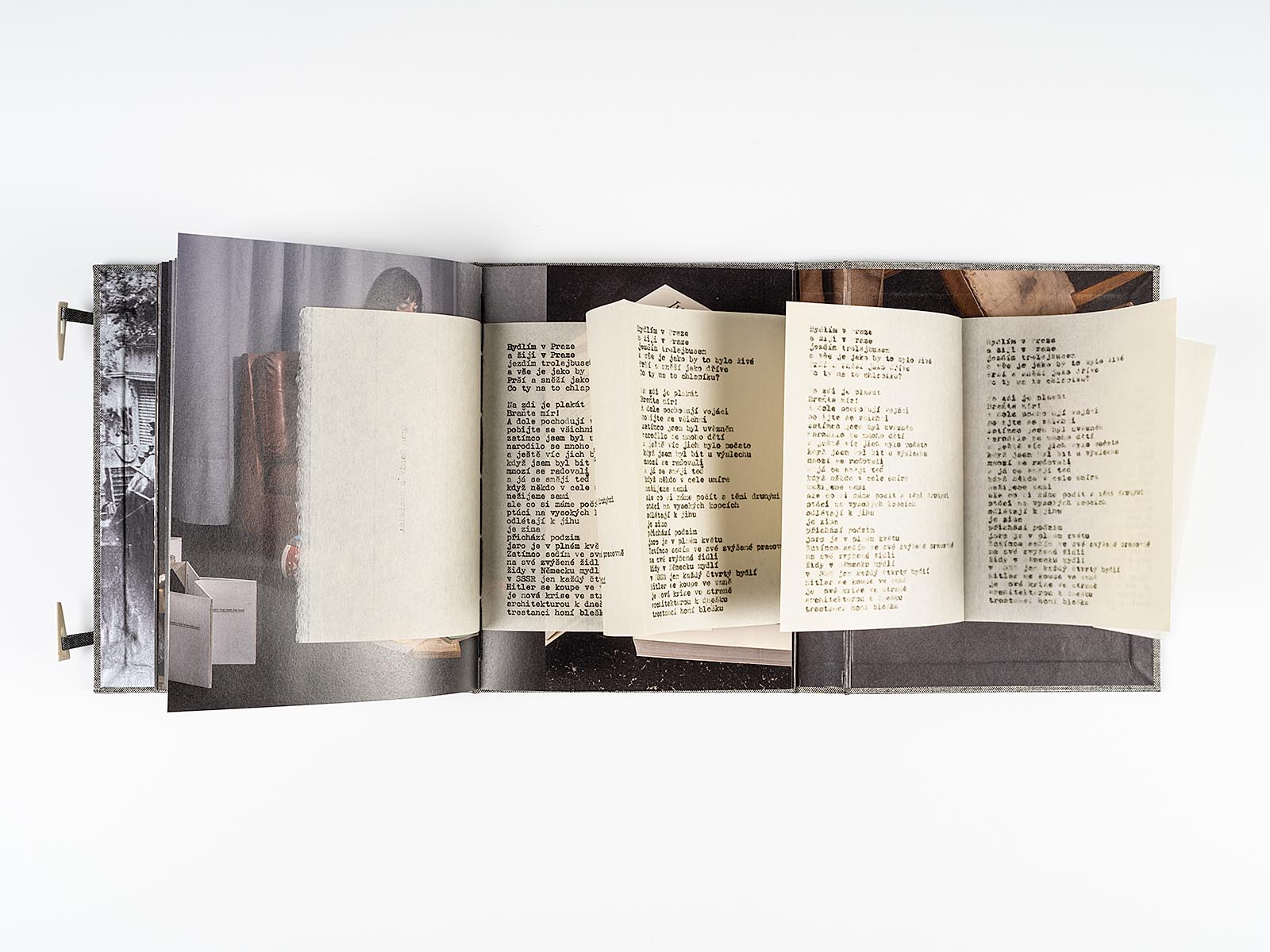 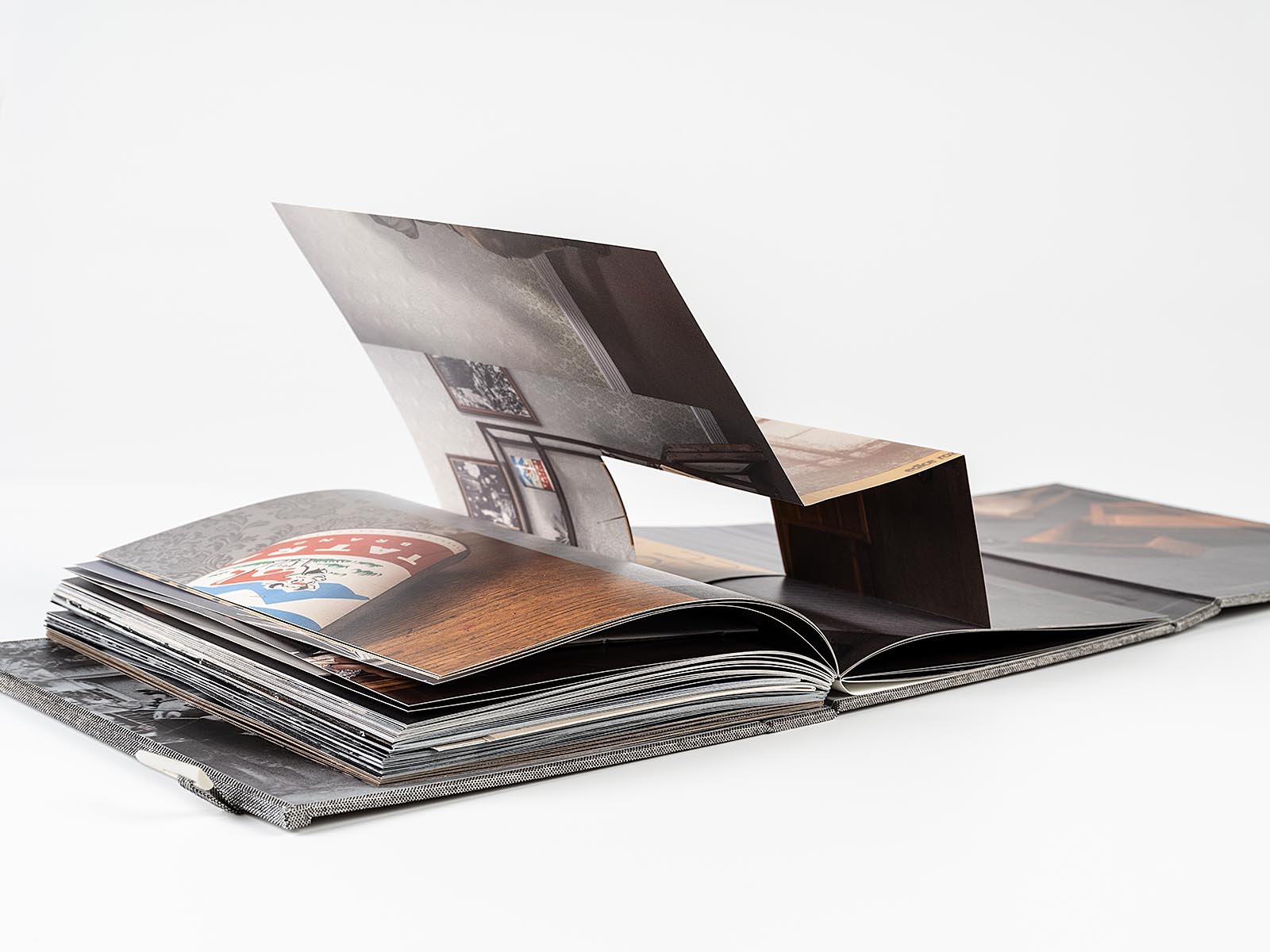